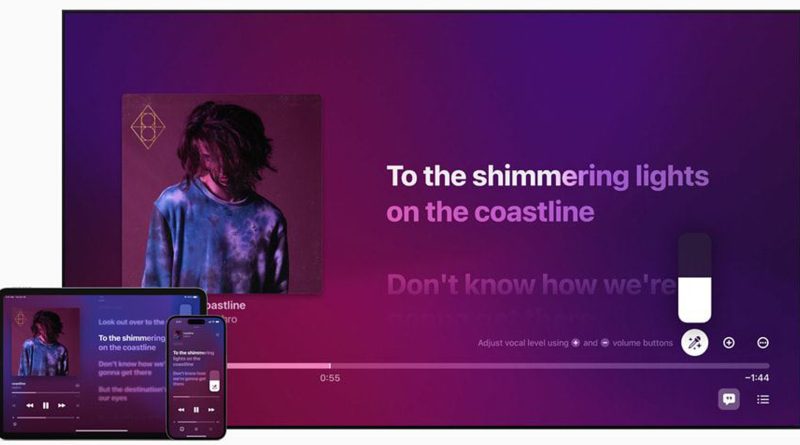 The apple company has worked to introduce a new feature called Apple Music Sing for the apple music service which is currently used by nearly 88 million users worldwide. This facility has been confirmed by the company yesterday (06/12/2022) by releasing an announcement on the official apple newsroom website.

Accordingly, through this feature, you have been given an option to control the volume of the vocals in the music with the existing real-time lyrics facility of the Apple Music app, and through this you will be able to hear your singing more clearly.

Also, the Apple Music Sing facility has given the ability to see several lyrics at the same time and with this, the users can sing duets, sing backup, and other ways to sing music at the same time. Further information has been reported that it has been done.

However, it has been decided to provide this facility only for Apple Music subscribers after the end of this month and it has been reported that all compatible iPhones and iPads devices will support this, but it has been further confirmed that this facility will also be provided for the latest Apple TV 4K.